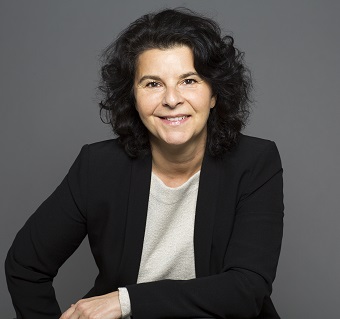 Vaping has become a trend in recent years and a real alternative to traditional cigarettes. Users think it is a safe way to wean themselves off cigarettes, but this is ignoring the damage of electronic cigarettes in the mouth and on health.

Marketing of the electronic cigarette
Smokers are now turning to e-cigarettes, which are said to be safer than regular cigarettes because they produce an aerosol instead of smoke and the amount of nicotine can be controlled by users.
Since their invention in 2003 by a Chinese pharmacist, Han Li, and since they were first released in 2006, they have seen a rapid increase in use.
There is a real public perception that e-cigarettes are harmless.
People traditionally use them to quit smoking thinking they are doing it safely.

Vaping, what they don’t tell you
Electronic cigarettes contain various potentially toxic chemicals such as diethylene glycol (used in antifreeze), acetol, diacetyl, lead, nickel, and chromium that can be inhaled, even though they are present in much lower concentrations than in tobacco smoke, the risk still exists. This e-liquid also contains propylene glycol which is a humectant that allows the production of smoke and reveals the taste of flavors. It is considered low toxicity and non-oncogenic, also used by the pharmaceutical, food and entertainment industries. Glycerol or vegetable glycerin also plays a role in smoke production. As for flavors, they can be of natural origin based on animal or vegetable raw materials intended for human consumption or synthetic, from chemosynthesis. The latter are not subject to any code or regulation.

Danger of vaping in the mouth
By its vasoconstrictor action, nicotine also inhibits the production of saliva.
The decrease in the amount of saliva can make patients vulnerable to many oral problems, such as the accumulation of bacteria, stomatitis, xerostomia (dry mouth) and therefore dental caries and gum inflammation.

Clinical studies have been done to evaluate the condition of the gums and the result of their treatment in non-smokers or in people using electronic cigarettes. In people with moderate chronic periodontitis, 3 months after non-surgical periodontal treatment, there was a significant reduction in all symptoms in non-smokers, while there was no clinical improvement in vapers, and even a worsening of inflammation, despite the treatments.

Other studies have also reported that daily use of electronic cigarettes is associated with a significant increase in the risk of permanent tooth loss in adults in the United States. It has been indicated that vaping may be a risk factor for staying healthy, although conclusions are difficult to draw due to the multiplicity of products and lifestyle habits of vapers. But all studies converge on the same result that there is potential damage to oral health associated with the use of electronic cigarettes.

A recent study published in the Journal of Cellular Physiology found a high rate of oral cell death due to exposure to e-cigarette vapor in just a few days (3).
Similarly, a study conducted at the University of Rochester Medical Center proves that electronic cigarettes are just as harmful to gums and teeth as traditional cigarettes (4).

Vaping and health
Recent scientific research has been done on the health effects of e-cigarettes. We discover the serious side effects of vaping.

For example, according to a team of scientists from the New York University School of Medicine, vaping may increase the risk of certain cancers and heart disease.
They consider that the nicotine present in electronic cigarettes could damage the DNA of many organs and reduce the body’s genetic repair mechanisms (1).

Other studies have shown that e-cigarettes can cause toxic effects in the lungs. Aerosols from e-cigarettes induce pro-inflammatory responses.
It can increase coughing and wheezing in adolescents, as well as asthma exacerbations and throat irritation (2).

E-cigarettes can also harm brain development in children and young adults.
Otherwise, e-cigarettes contain more particles than traditional cigarettes that can cause lung and systemic inflammation.

Vaporette danger!
Because vaporettes are promoted as a smoking cessation aid, it is likely that more and more smokers will switch to e-cigarettes in the future.
Although they are widespread, the effects of e-cigarettes remain unclear. They are relatively new, and scientists still know little about their long-term effects.

It’s important to realize that people would have you believe that they are less harmful than cigarettes because they don’t contain tobacco. But, actually it is not the tobacco that is harmful in cigarettes, but all the hypertoxic products that are added and that are more or less hidden in vaporettes.