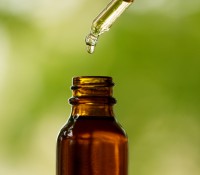 Homeopaths are able to treat people who have fibromyalgia effectively by bringing the individual back into balance. They do this by customizing their treatment for each client based on that individual’s unique pattern of symptoms.

In addition, homeopathy is one of the most popular alternative treatments for fibromyalgia. This is in part because homeopathic remedies are not known to interact with other medicines used in the treatment of this condition.

Fibromyalgia is NOT a form of muscular rheumatism. It is a type of neurotransmitter dysfunction that amplifies pain.

The homeopathic approach to fibromyalgia

Below are three examples of patients who found relief through homeopathic treatment:

I’ve given the remedy Rhus toxicodendron to fibromyalgia clients who experience stiffness and tightness; rigidity in muscles which is worse when first moving in the morning, but better with continued motion; who are worse in cold, damp weather and better in warm weather and rooms.

I’ve found the remedy Ruta useful when ligaments are painful and tender; when clients have the sensation of stiffness and general aching which was worse after much effort and in cold, wet conditions or lying down. Clients who need Ruta feel better when moving. One client who did well with Ruta had previously been experiencing restless leg syndrome. She was happy to have that symptom gone which led to better sleep.

With the emergence of new evidence that fibromyalgia is a chronic lifelong disease, there has been increasing emphasis on maintenance treatment to keep the person free of symptoms.

Sujata Owens is a certified homeopath and homeopathic master clinician at Vital Force Consulting, Inc. in Northfield, Minnesota. She can be contacted by email at [email protected] or by phone at (507) 581-1114. Visit her website at www.vitalforceconsulting.com.

To find a homeopath near you, visit: